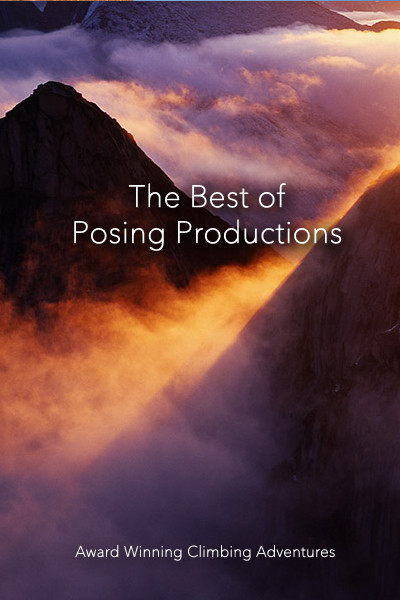 The Best of Posing Prod

Posing Productions is a leading producer of rock climbing and adventure films founded by Alastair Lee who’s collaborations with animators, cameramen and musicians has produced a string of award winning rock climbing films like ON SIGHT, THE ASGARD PROJECT, PSYCHE II, MOONFLOWER, AUTANA and THE LAST GREAT CLIMB. Their mantra is to breathe creativity and humor into the spectacular and adventurous mixing the epic with the personal. Winning dozens of awards from around the globe the climbing films are a hit with festival, TV and home entertainment audiences.