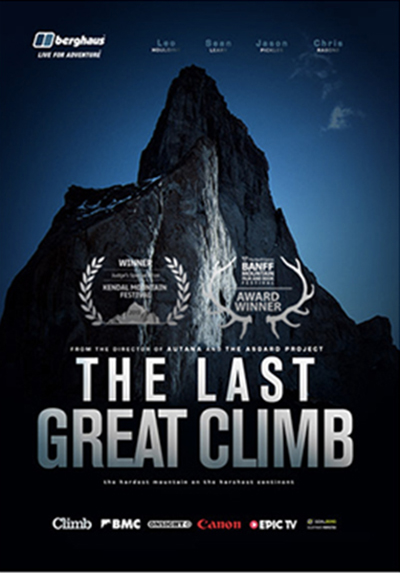 The latest film from multi-award winning Alastair Lee is an epic to end all mountain epics set in the stunning mountains of Queen Maud Land, Antarctica. The feature documentary follows top adventure climber Leo Houlding with his tried and tested team of Jason Pickles and Sean ‘Stanley’ Leary as they attempt to make the first ascent of the NE ridge of ‘the master piece of the range’; the majestic Ulvetanna Peak (2931m). One of the most technically demanding climbs in the world’s harshest environment. The film tells the story of a climber’s life long dream to reach one of the world’s most remote and difficult summits, interweaved with the fascinating story of the mountain itself; which incredibly was only discovered in 1994. All set against the backdrop of the current age of mountaineering where few great lines remained unclimbed. Every inch of this daring journey is captured as we get to know the redoubtable and hilarious team. The crew experience unprecedentedly good weather but eventually the Antarctic conditions begin to grind them down as inevitably the conditions become ‘less favourable’ whilst they attempt to defy the odds and complete the climb. ‘The Last Great Climb’ is simply one of the most spectacular and inspiring mountaineering films ever made. Including interviews from Sir Chris Bonington, as well as Norwegian climbers Ivar Tolleffsen & Robert Caspersen, who first explored the area in 1994. Winner ‘Best Cinematography’ Orobie Film Festival 2015, Winner Exploration & Adventure IFMF Poprad 2014, Winner ‘Grand Prize’ Leggimontagna Film Festival 2014, Winner ‘Best Climbing Film’ New Zealand Mountain Film Festival 2014 & BANFF Mountain Film Festival 2013, Winner ‘Judges Special Prize’ Kendal Mountain Film Festival 2013, Winner ’1st Prize’ & ‘Best Climbing Film’ Krakow Mountain Festival 2013.