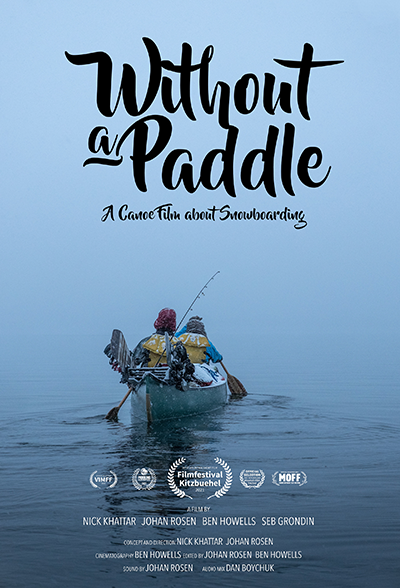 Without a Paddle is an adventure film that blends the history of the upper Columbia River with a 140km paddle from the foot of the Mica Dam to the top of the Revelstoke Dam. Four intrepid snowboarders seek to retrace a portion of David Thompsons footsteps down the Columbia River, in the middle of January, during one of the coldest snaps in recorded history in Revelstoke. Surreal frozen landscapes, epic paddling, deep powder riding and a lot of pain, Without a Paddle is a canoe film about snowboarding. Best Short Film – Filmfestival Kitzbuehel 2021. Official Selections 2021: Mountain Film Festival, MOFF, iF3, Paddling Film Festival. Official Selections 2020: VIMFF, Whistler Film Festival.