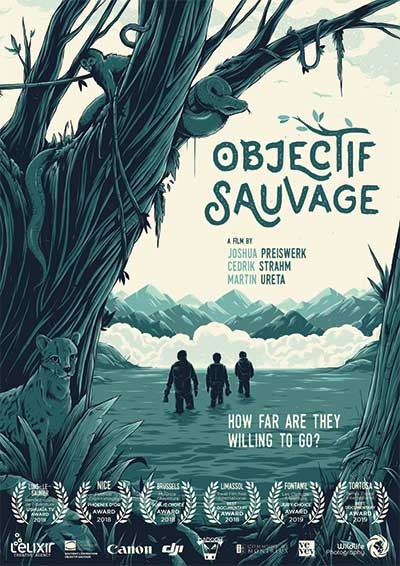 The expedition of three Swiss Filmmakers into the heart of the uncharted Amazon Rainforest. The «Chaplin Laguna», this expanse of fresh-water in the heart of the Noel Kempff Mercado National Park in the Bolivian Amazon, is a veritable chimera for aboriginals and scientists. Described as inaccessible and magical, many expeditions have failed to unravel the secrets. Driven by their sole determination, Joshua, Cedrik and Martin, three Swiss adventurers, spent four years of their lives to bring back a documentary about their attempt to get to this forgotten place. As they slowly realise how fragile this environment could be, the protagonists express their feelings about certain current environmental themes. As the Amazon Basin shrinks year after year, the team embark on an adventure to discover the fauna and flora of one of its last strongholds. In one of the most hostile environments on the planet, the survival of the group is sometimes just a thread. Will this dangerous journey bring them the answers they came to seek? Ushuaia TV Award – Rendez-vous de l’Aventure 2018. Best Feature Documentary – Travel Film Fest 2018. Official Selections 2018: Festival Partir Autrement, Festival Reve d’Aventure, Regards de Voyage, Escales Voyageuses, Festival de l’Image, Festival Maurice l’Aventure, Berlin Travel Fest, Rencontres de l’Aventure, FIFAD, What a Trip, Himountains Festival, Discovery Days, Ecrans de l’Aventure.