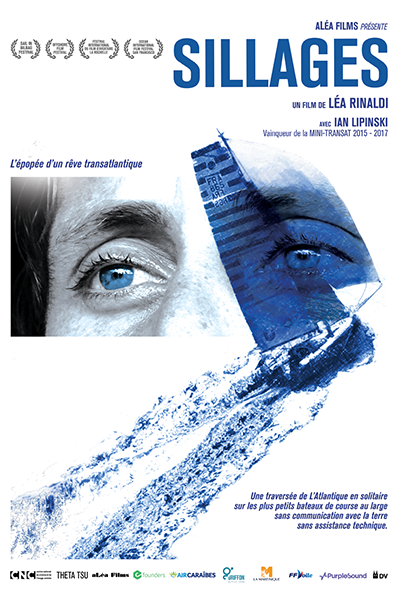 (Also available in 52 mins) Wakes (Sillages) takes us on the journey of the solo cross Atlantic race, without assistance nor communication with the shores, on the smallest racing boat: the Mini 6,50m. As our guide: Ian Lipinski, the 2015 – 2017 winner, this movie invites the audience to an out of the ordinary competition of adventurers. Solidarity, surpassing oneself and dreams weave together towards triumph. Dive head first into the word of the most famous solo cross Atlantic race! Get on board on a 6,5m sailing boat and experience the Mini Transat race from the inside, which only the true adventurers of the sea can have access to. From harbour to harbour, defeat to victory, Wakes takes the audience right in the center of Ian Lipinski’s odyssey, historical winner of the Mini Transat. At sea, alone, facing the immensity of the ocean, Ian opens up to his camera. And it is on this boat, between the pain and joy of this talented and atypical skipper, that the movie reveals the dual portrait of a poet and competitor. In the format of a modern diary -using a 360° camera- this movie achieves to synthesize the very essence of the universal and human quest: to live our dreams. Ian as a child had a dream. Wakes is the story of his dream coming true. Official Selection 2021: Beirut international Film Festival. Official Selections 2019: Sail in Bilbao Festival Official, Ocean International Film Festival, Offshore Film Festival, Sztafeta Sports Film Festival. Official Selection 2018: International Adventure Film Festival.