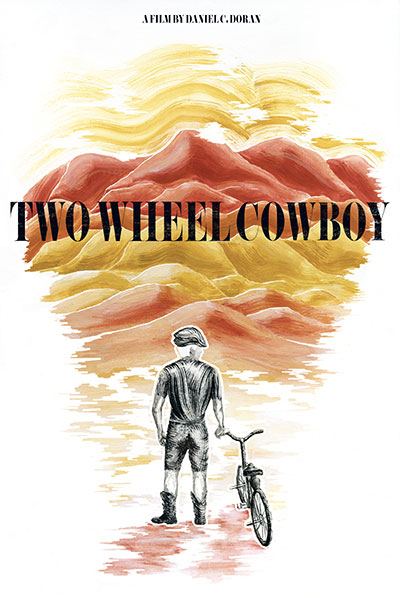 (Also available in 85 mins) When director Daniel C. Doran was little, he really wanted to be a cowboy. He wore boots and spurs to the grocery store and dreamed of chasing the bad guys on a horse through the desert vistas. Unfortunately he was about 150 years too late. After struggling for a few months in New York City, he decided to set out on his his next big adventure, inspired by his childhood dream. Join a 3500 mile solo bicycle ride from New York to California and meet some bizarre, inspiring, and truly American characters along the way. From flat tires, to tornados, nudists, and getting lost in the woods, this is an adventure that will not be forgotten easily. Experience the ride of a lifetime across the changing landscape of the United States. Instead of taking on the interstates in a car, Daniel C. Doran decided to pedal on two wheels and see the country at a much slower pace, not unlike those who explored the early American west. This film will leave you with the urge to escape and head towards the coast and explore the country.