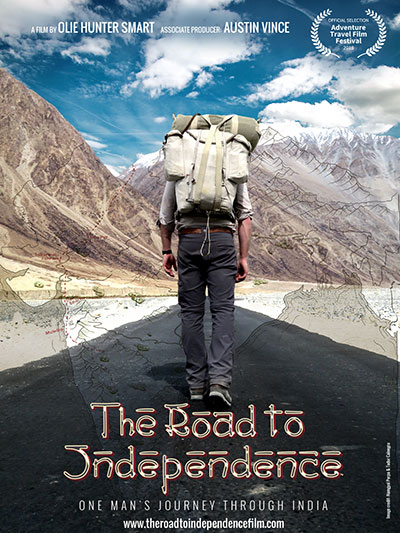 The Road to Independence

To discover more of the story of its Independence, Olie Hunter Smart takes on an immense challenge to walk the length of India, a 4,500km journey over seven months seeking out untold stories of Independence and Partition. Olie’s route takes him over gruelling snowy mountain passes high up in the Himalayas, battling intense heat in the northern plains, and being drenched to the bone by monsoon rains as he walks through the rural heartland of the country. Following in Gandhi’s footsteps, Olie immerses himself in the culture, being invited in by so many of the wonderful people he encounters, recording shocking and heartfelt first-hand accounts of India’s struggle for freedom gained 70 years earlier. Having never made a film before, this film is the culmination of almost two years of hard work, self-filming, writing, editing and producing, with invaluable support and music by Austin Vince. Official Selections 2019: Adventure Travel Show, Sofia Menar Film Festival, Herne Hill Free Film Festival, New Zealand Mountain Film Festival, Spirit of Independence Film Festival. Official Selections 2018: Adventure Travel Film Festival, Zagreb Documentary Festival.