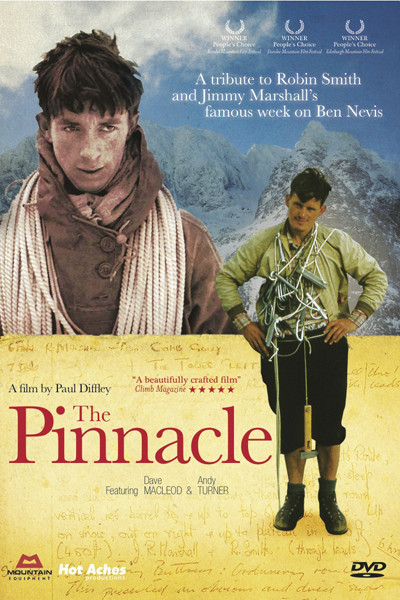 In one legendary week on Ben Nevis in 1960 Jimmy Marshall and Robin Smith climbed six first winter ascents on consecutive days, including the mini Alpine-route, Orion Face Direct. They also made the first one-day winter ascent of Point Five Gully, went for a long walk and got arrested over an incident with some dominoes! Exactly 50 years later Dave MacLeod and Andy Turner pay tribute to Smith and Marshall by setting out to repeat all the routes that were climbed in that famous week. This film tells the story of the original events and follows MacLeod and Turner as they discover exactly what an achievement it was.
“If a climbing film is judged by what it inspires, then this one lights the flame within.” – Stone Country