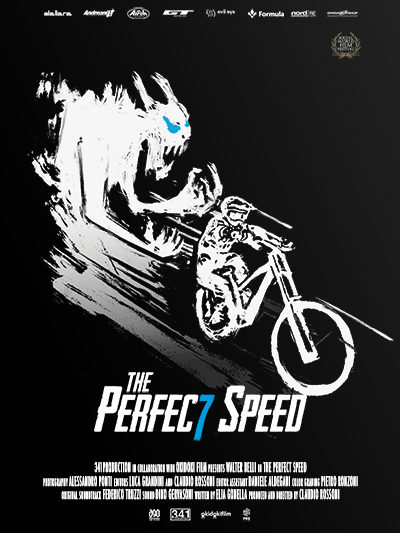 The trail is unforgiving and Walter Belli knows something about it. His speciality is Downhill, the Formula 1 of mountain biking. Every time he rips down a trail he knows he’ll have to tackle rocks, roots and bumps up to 80 kph. It’s just a few minutes but you risk it all. In 2014 Walter is at the top. With his bike he entered the Guinness World Records and performed in front of the Pope. With the team of 360 Degrees, that he founded and runs, he raced the Downhill World Championships in Val di Sole – the toughest and most dangerous in the world. But it is when you have everything that you have everything to lose. When Walter opens his eyes, he finds himself in a hospital bed. From now on he will never be able to ride his bicycle anymore, he will not even be able to breathe without the help of a machine. Walter’s world is turned upside down. After having chased speed his entire life, he finds himself stuck in a wheelchair. The Perfect Speed is the story of a rebirth. Thanks to his team, his family and friends, he finds the strength to start over again. Against the advice of the doctors, he buys an off-road wheelchair so he can go back to the mountain trails and watch downhill races. In his future there’s the idea of a customized tracked wheelchair able to reach speeds of 40 kph. Because Walter’s dream is to get back racing.