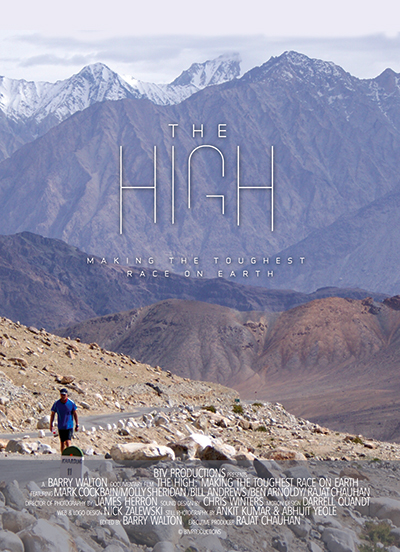 ‘The High’ is a feature length documentary film about the making of the longest high altitude foot race in the world. The film follows the path of a group of extreme runners who individually decide to take part of a dangerous running experiment gone wrong. Indian race director Rajat Chauhan works against the advice of the military, his family and friends to create a race over the two highest passes in the world (above 17, 500ft). The decline begins from the start, with runners collapsing from dehydration, hypothermia, and high-altitude sickness. And by its end finds the entire race in jeopardy and the prospect that no one finishes. Brought to life by archive footage, story recreations, and interviews, the film unfolds the events in the Himalayas of Northern India and gives a unique look into the lives of the extreme marathon runners involved. Uncovering the avalanches, athletes, and the high altitude elements. ‘The High’ shows the rewards of determination, the dangers of obsession, and in the end leaves you with the answer of why they called it, the toughest race on earth. Finalist Best Feature Trail Running Film Festival 2015. Official Selection 2017: International Mountain Film Festival India.