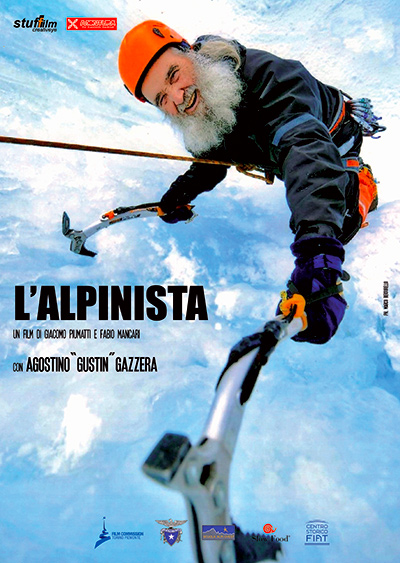 Agostino Gazzera, “Gustin”, was a worker at a Fiat factory in the 50′ies. Son of an Italian proletariat who was left battered by World War II but full of hope for the future. A young Gustin, dreams to walk the roads of legendary mountain climbers such as Cassin, Boccalatte and Gervasutti. With an old and rusty bicycle he reaches the valleys of the Piedmont mountains which he only ever seen through the windows of the Fiat factory back in Turin. When curiosity takes over, he decide to start climbing with a rope and a few home made nails. Gustin has climbed all the peaks, from Monviso to Cervino and the Mont Blanc but he will never forget the difficult life he has had. Winner Olympic Mountain 2015 Award, Sestriere Mountain Film Festival. Second Prize & Best Editing, Val Susa Film Festival 2015. Special mention CAI Award. Best Mountaineering Film, Cervino Cinemountain Film Festival 2015. Official Selections 2015: DAGG Film Festival Istanbul, Pakistan Mountain Film Festival, Nuovi Mondi Film Festival, 63° Trento Film Festival.