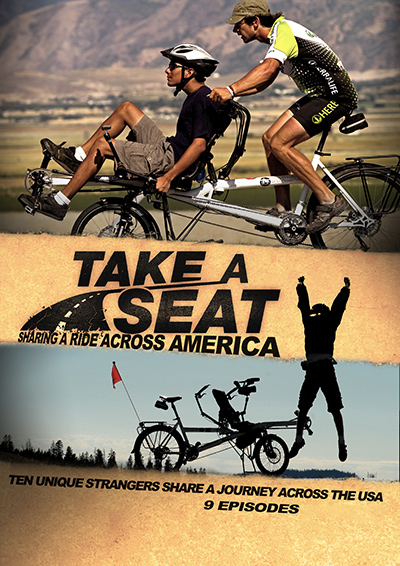 The tandem bicycle project by Dominic Gill, ‘Take A Seat Sharing a Ride Across America’ demonstrates his proven platform of using tandem bicycles as a way to include people who would not otherwise be able to in the sort of once-in-a-lifetime adventure rarely undertaken. This 9 part mini-series follows Dom’s second adventure where he takes 10 persons with varying physical disabilities on specially designed recumbent tandem bicycle in a relay across the United States. This awe inspiring journey is a joy to watch as Dom’s companions, which vary from persons with muscular dystrophy, to parkinsons, to multiple sclerosis and visual impairment, do an incredible job of making the rest of us feel like underachievers. Since this is the first time that Dom had a crew to do the heavy-lifting, he made sure to retain authenticity throughout the journey by turning the cameras on the crew itself. Official Selection All Sports LA Film Festival 2011. John Muir Award Yosemite International Film Festival 2011. Winner Best Sports Series Cablefax Awards 2011. Best Documentary Feature NYLA International Film Festival 2011. Silver Screen Award Nevada International Film Festival 2011.