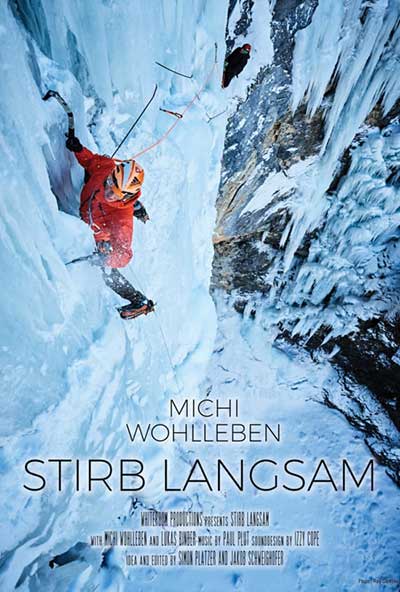 Stirb Langsam is a portrait about the young alpinist Michi Wohlleben. Michi’s ambition is hard to control. He accomplished one outstanding performance after another and is fully committed to mountaineering. Until this one day when his body reveals his limits after a banal training session. From one moment to the next his life turns upside down. It seems questionable whether he will be able to climb again. The film deals intensively with the effects of the mountain as a drug on a young, motivated person. Official Selections 2017: Film Fest Anton, Alp-Con Cinema Tour.