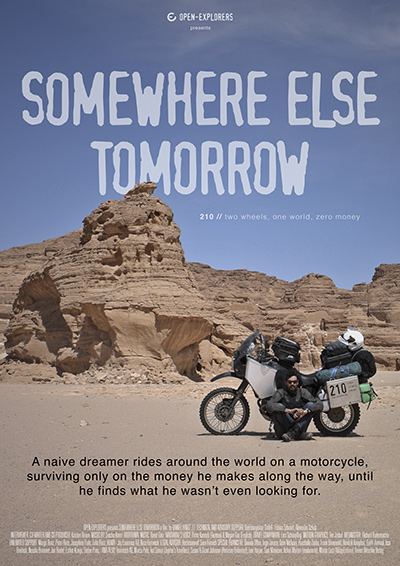 (Also available in 60 mins) A naive dreamer rides around the world on a motorcycle, surviving only on money he makes along the way, until he finds what he wasn’t even looking for. War zone borders, engine trouble and the difficulties of making money to survive couldn’t outweigh the thrill of adventure and discovery Daniel Rintz encountered while motorcycling around the world for two and a half years. Fearing stagnation and worried about getting tangled up in a boring job out of university, Daniel attempts the greatest challenge he can think of. Instead of wasting precious time saving up for the trip, he hastily decides to make money along the way by picking up random jobs – an idea that would make his journey much more challenging and dangerous than he intended. Out of the hardship he encounters trying to survive comes a story of true freedom and global understanding. The story taps into current feelings of unrest, disillusionment and disconnection felt by whole generations of young people throughout the western world. It’s about having the courage to follow your instincts, no matter how crazy they seem, and what you can accomplish when you stop trying to control things and let go of your fears. Best Film Motorcycle Film Festival 2016.