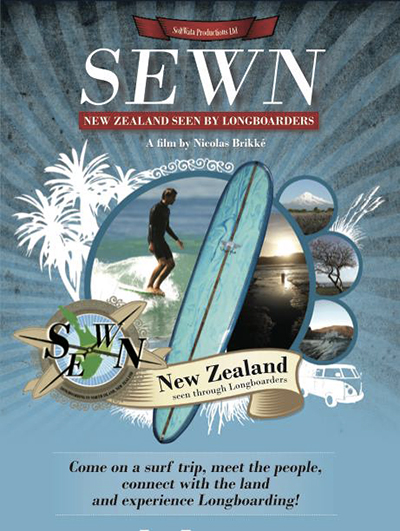 ‘SEWN – New Zealand seen by Longboarders’. Sewn, an acronym for South – East – West – North, is the title of the first New Zealand Longboarding documentary in over a decade. The film takes you on a surf trip to the 4 corners of the North Island through 8 portraits of longboarders – from a weather forecaster to a butcher, from a Maori heritage guardian to a young mother. The film, whose rhythm is punctuated by Maori legends, invites us to understand what it means to be a surfer, and more particularly a longboarder in this polynesian island, with all the spiritual attachment to the mountains, rivers, beaches and sea that comes with it. Official Selection 2012 International Surf Film Festival Anglet.