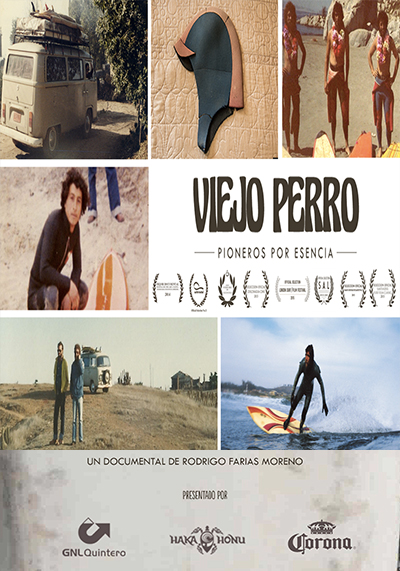 In a divided Chile of the early 70′s, a group of Chilean dive buddies discover something that will forever connect them to the sea. With no magazines or information they began to experience the art of surfing in its purest form. Today they are the pioneers of the sport in Chile. After 5 years of research and production Chile’s surf history is told by its protagonists through unique footage. Surfing has grown significantly both in Chile and worldwide and touches a broader range of age groups than ever before. ‘Old Dog’ was made with the intention to respect and recognize the old teachers, the origins of the sport. ‘Best Outdoor Documentary’ Arica Film Festival 2014. Official Selections 2015: London Surf Film Festival, Ficsurf Chile, SAL, Santander Surf Film Classic, Colchagua Cine, Surfilm Festibal, Sayulita Film Festival & Save the Waves Film Festival.