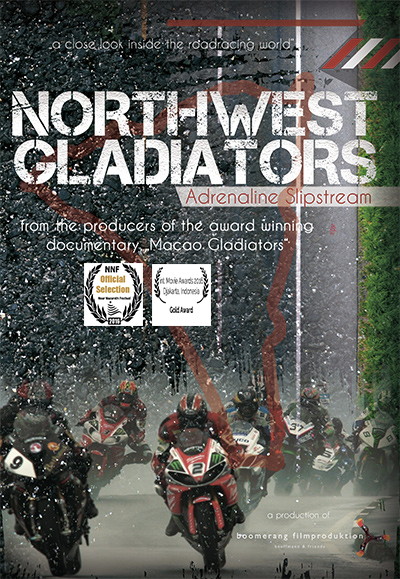 (Also available in 70 mins) The sequel of ‘Macao Gladiators’ takes us to the Northwest 200 in Ireland – one of the fastest road races in the world, with speeds in excess of 200 mph (320 km/h). The course („The triangle“) is a street circuit, made up of public roads running between the towns of Portstewart, Coleraine and Portrush. 35 riders from all over the world meet every year to participate at the largest motorcycle spectacle. The film tells the story of three teams during the race week in Portrush, on a 24/7 time frame and follows them around the clock, explores their inner conflicts, senses their deepest fears and motivations, their compulsions and their need for speed. Gold Award Best Feature Documentary International Movie Awards Indonesia 2016. Official Selection 2016: Near Nazareth Festival.