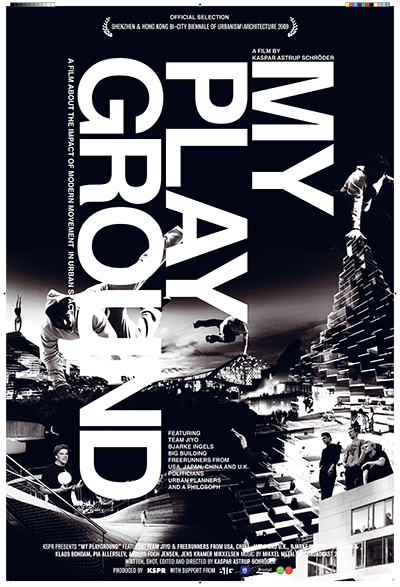 The film explores the way Parkour and Freerunning is changing the perception of urban space and how the space is changing the traceurs and free runners. Mainly set in Copenhagen the film follows the making of the first dedicated parkour park in the world. Designed by the danish team, Team JiYo. The film also travels around the world to Japan, United States, United Kingdom, and China to explore the common understanding of exploring the urban space seen from a traceur and freerunners perspective. Founding architect of B.I.G. Architects, Bjarke Ingels in participating in exploring a untraditional path in perceiving a new approach to urban architecture and together with Team Jiyo he travels to Shanghai and Shenzhen to meet with a different people and culture. Does travelling to the other end of the world change our understanding of movement in the urban space that surrounds us? Official Selection Big Sky Documentary Film Festival. Official Selection International Documentary Film Festival Amsterdam 2014. Official Selection ZagrebDox.