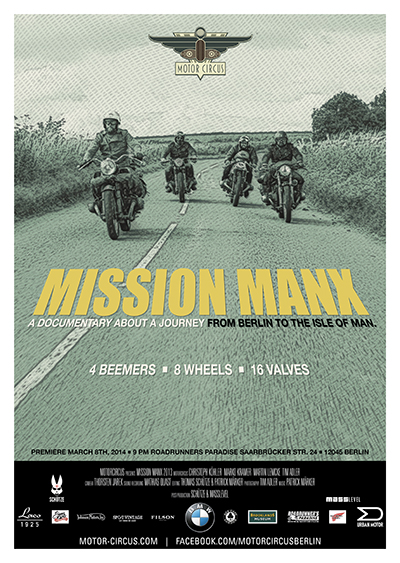 1939… a small island in the Irish Sea. Infernal speed sounds and unburnt fuel are in the air. Foolhardy men on their motor bikes chase the narrow, winding roads of the Isle of Man to gain the victory of the most famous as well as infamous motorcycle race – the Tourist Trophy. The “Gusseiserne Schorsch” (“Cast ironing Schorsch”) is at the starting line. His 500 compressor loaded BMW is joining – full of muscles – the British premium class. Since then the triumph of the hardest race always belonged to the British. This time it should all be different. “The German” aka Georg Meier took the lead early in this treacherous 264 miles race. He drove accurate and dreamlike till the end and received the knighthood of the motorbike sport. The native Manx People were thrilled and respected Georg Meier for his win. Courage, skills and reliably technology were crucially for this until today unforgotten victory. His lap time 25.008 was unrivaled for quite a time. Reason enough to drive our boxer engines to the European Mekka of the motorcycle culture. Loaded with what the “horses” could carry… without luxury. Instead bonfire, dust and freedom.
A homage to the best – of his time – motorcyclist of the world. Official Selection Motorcycle Film Festival 2014.