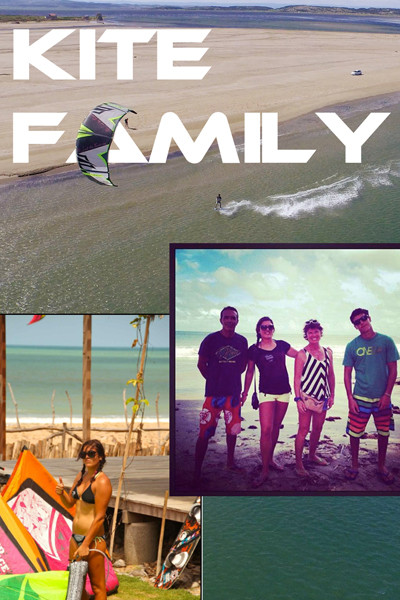 From April 2015 to February 2016 we follow the travels and story of a French family, passionate about Kiteboarding. It turns out that the children of this unusual family are Kitesurf Champions managed and encouraged by their parents. They are now among the very best in Europe in their discipline, Freestyle Kitesurf, the most spectacular category of this sport. Mathilde the eldest, 26 years old, became French champion and European Silver Medalist during the Kite Tour Europe in 2012. Her brother Paul, 22 years old, became French champion in 2013 and 2014, is a member of the World Top 10 andtravels the world during the VKWC World Tour, the professional Kitesurfing Tour. From Beziers, their native city in the south of France, to Hawaï, passing by the Canary Islands, the north of Germany and famous spots in the french Languedoc region, the Serin family explores some amazing Kiteboard spots. And as usual, they decide to spent their Christmas holidays in the northern coast of Brazil. After a whole year of hard work and training, these holidays in Costa do Sol Poente are both an opportunity for the two young champions to train in very different spots and improve their physical preparation for a good start of the 2016 season but also to spend a family vacation and kite all together.