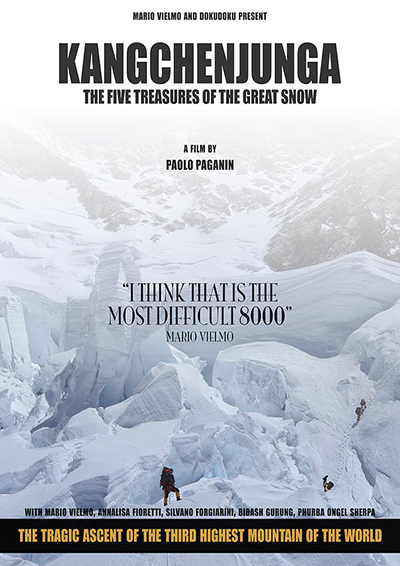 The Five Treasures of the Great Snow. The tragic ascent of the third highest mountain in the world, the Kangchenjunga (8586 m). After an extenuating climb, Mario Vielmo reaches the summit, whereas his companions, Annalisa Fioretti and Silvano Forgiarini, turn back above Camp 4. The film describes the dramatic events surrounding the death of Bibash, a 24-year-old Sherpa who falls accidentally during the descent from the summit. Of thirteen people on the peak, a further four people will never to return to the base camp: a sad epilogue for a mountain whose notoriety is fully justified. Official Selections: Film Festival di Trento, Sestriere Film Festival, Teplice nad Metuji International Mountaineering Film Festival & Bansko Mountain Film Festival.