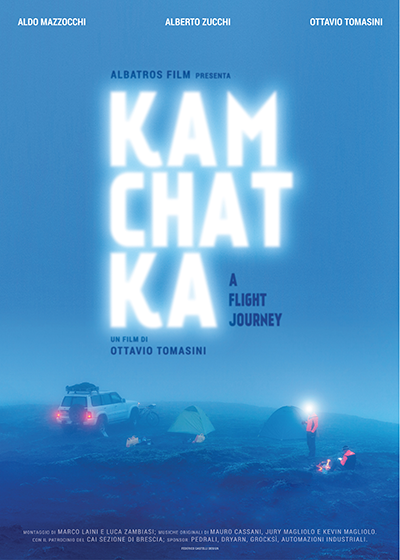 An adventure on volcanoes for Aldo Mazzocchi accompanied by Alberto Zucchi and Ottavio Tomasini who documents it with photos and videos. The idea was born from the desire to get to know Kamchatka, a harsh, unspoiled and geologically very active territory. The four natural elements (water, fire, soil and air) coexist here without being modified by man. Among the almost two hundred volcanoes present in Kamchatka, five have been chosen to be climbed in a mountaineering style and descended by flying from their top with a paraglider. Between one volcano and the other Aldo will move on the saddle of a mountain bike. Bicycle, climbing and free flight, experiencing the unspoiled nature of Kamchatka without the use of motor vehicles, if not for the logistical needs of the team.