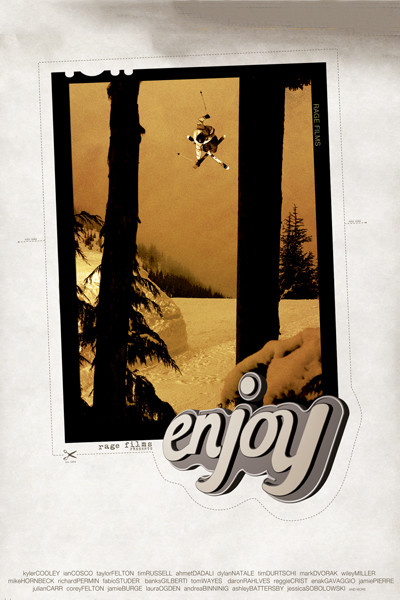 Making a ski movie is a constant battle of conditions, terrain and travel. Our season began by driving all over the country chasing down handrails, as it continued, “global warming” and inconsistent snowfall patterns became our biggest obstacle. This made us quickly learn that we had to be on-call, ready to be anyplace at any time. From greasing handrails in New York to perfect conditions in Alaska, our crew was there at a moments notice. Often it meant waking up at 6 am and digging for hours, building a jump that wouldn’t be hit until the following day. Or being stuck in AK for days on end watching the snowfall, anticipating the moment it clears. Then only to negotiate slides, lines, and exposures that challenged even our most seasoned riders. In the end we were rewarded with the most technical urban, progressive backcountry, and big mountain lines that has redefined skiing to us. Enjoy.