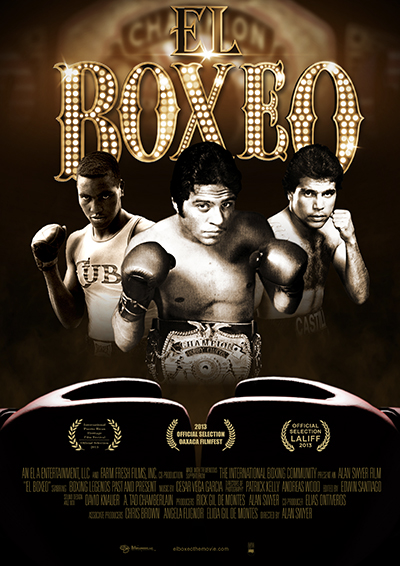 El Boxeo tells the dramatic and timely story of the emergence and dominance of Latinos in what was once considered the traditional all-white sport of boxing. The film illustrates the evolution of the sport as Latino fighters exploded onto the scene. And, reveals how these immigrant pugilists redefined the world of boxing and established the west coast as the new mecca in the sport. El Boxeo is as much a film about Latinos in boxing as it is about the immigrant stories that reshaped the sport. A film about race, culture, language, politics, economics, and boxing. Official Selecion LALIFF 2013, Official Selecion Oaxaca FilmFest 2013, Official Selecion International Puerto Rican Heritage Film Festival 2013. Best Feature Documentary Imagen Award 2014.