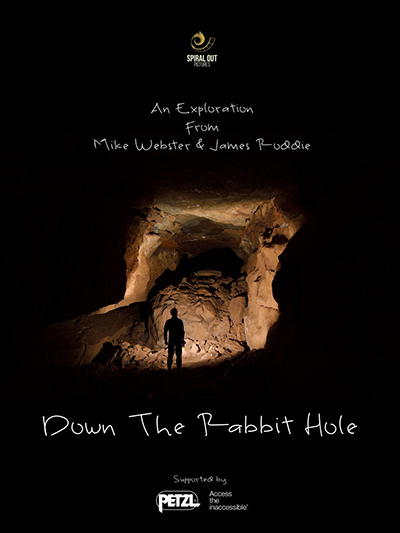 Down The Rabbit Hole

James Roddie is a caver, climber and a professional photographer. He’s also a 30-year-old man with an eating disorder. After the death of his father, James deals with it the best way he knows how – heading underground with his camera. Delving into his story, James candidly explores why caving, adventure, and mental health are so intricately tied together. Audience Award – Inverness Film Festival 2019. Official Selections 2019: Kendal Mountain Film Festival, Dundee Mountain Film Festival.