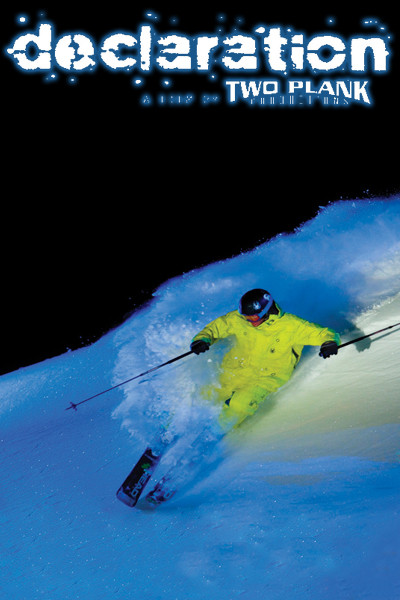 “DECLARATION” is Two Plank’s first one-year feature production which reaches all time new heights. Following 18 pro athletes through the deepest snow our cameras have seen and one-of-a-kind jib features; “DECLARATION” is a 40 minute long mix tape of established and upcoming athletes DECLAIRING their position in the sport. “DECLARATION” showcases the non-stop ski adventure entertainment through the performances and the drive, of the athletes and filmmakers alike. With the addition of a second unit film crew, Two Plank was able to expand the shot, athlete, and location diversity like never before. Complete with new secret zones and lines, to custom-built park features and superkickers, “DECLARATION” features the claim staking of the individuals, as well and the compelling entertainment of the crew united as one.