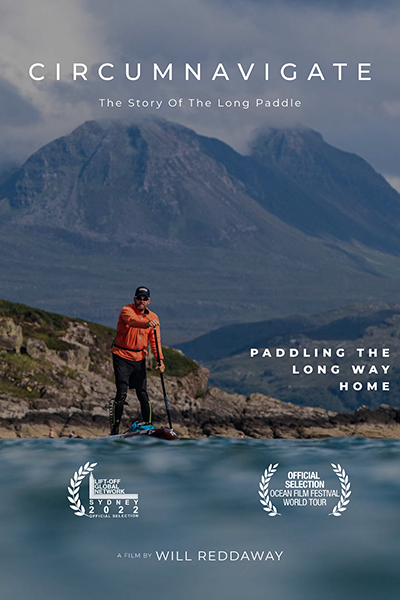 (Also available in 39 mins) The Story of the Long Paddle. Father of three Brendon Prince, from South Devon, attempts to become the first person ever to stand-up paddleboard around mainland Britain – a challenge that many have tried, but none have achieved. Circumnavigate joins Brendon on his gruelling journey around Britain’s spectacular and often treacherous coastline, in an attempt to break five world records and raise awareness for water safety education. Tragedies in former lifeguard Brendon Prince’s past forced a huge change in his life to pursue water safety education. But in the pursuit of raising awareness for this cause he must put his own life at risk, pushing his limits and attempting something that no one has ever accomplished before. Is he attempting the impossible? Will the cause of water safety ultimately put him in life-threatening situations? Circumnavigate follows the South Devon based father of three as he attempts to become the first person to ever stand up paddleboard around mainland Britain in his hope to break five world records. Official Selections 2022: Ocean Film Festival World Tour, Lift-Off Global Network.