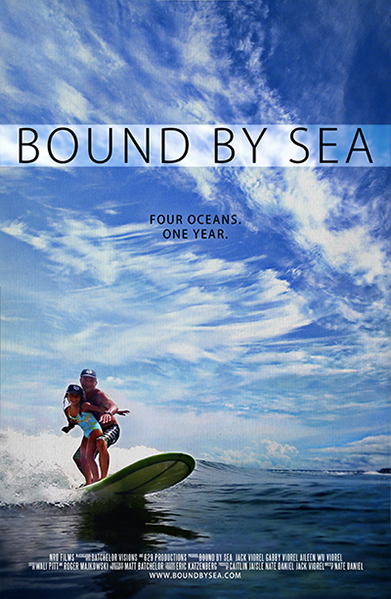 The ocean is a powerful force. She teaches us about failure, but also about success. How to fall, and how to get back up. Jack Viorel fell in love with the ocean at a young age. The ocean saved his life. He is a father, a teacher, an innovator and made it his mission to travel the world with his 9 year-old daughter Gabby, teaching disabled children to surf. Now, he is giving back and using the ocean as a tool to save others from whatever they are struggling with. Join them as they travel to four oceans of the world to share their love of surfing while helping those in need. But four oceans in one year is a huge task. Add to that a full time job, a family, and a surf charity. Everything has a price, and with bills piling up and his family struggling to find time together, something has to give. ‘Bound by Sea’ inspires you to follow your dreams while also showing you what’s right at home. Filmed on location in: North Carolina, India, California, & Norway. Official Selections: Sunscreen Film Festival 2014, Myrtle Beach International Film Festival 2014, Toronto Beaches Film Festival 2014 and Cucalorus Film Festival 2013.