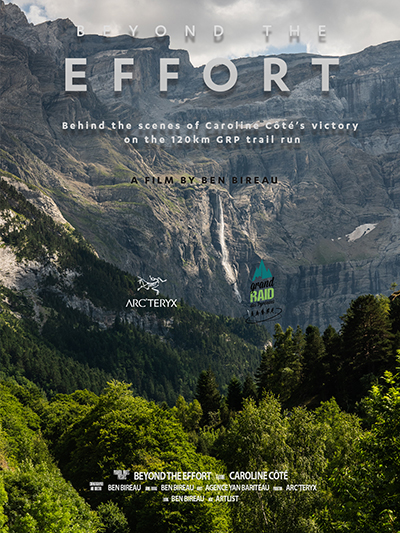 Caroline Côté is a trail running athlete from Quebec where she usually runs in the flatlands. It is the wild region of Canada that gave her the love for trail running. Coming from a conventional family in the Montreal suburbs, Caroline was used to work from 9 to 5 but one day she decided to leave her job in advertising. The desire to live a healthy and exciting life had taken over and Caroline chose adventure and left the business world. She discovered that running outdoor is much more worthwhile than running in the city and as she started to run more she discovered she was good at it too. She had some great results on very famous races. 2nd of the ultramarathon in Guatemala in 2018, 3rd of the Transmartinique. She decided to compete in the 120km Tour des Cirques of the Grand Raid of the Pyrenees (well known for its massive difference of level – D+7000 for the 120km run). The reason she came to the GRP is to test her ability to push her limits on a field that is really more challenging than in Quebec. The altitude difference is just enormous. Caroline prefers to run in Brittany and near Chamonix, she had never run in the Pyrenees before which was a real big challenge. “”Beyond the Effort”" is a film which offers an insight into the life of Caroline Côté during the 120km run but most of all the preparation that goes into it, her doubts, her motivation, the team behind the victory and discover what trail running means to her.