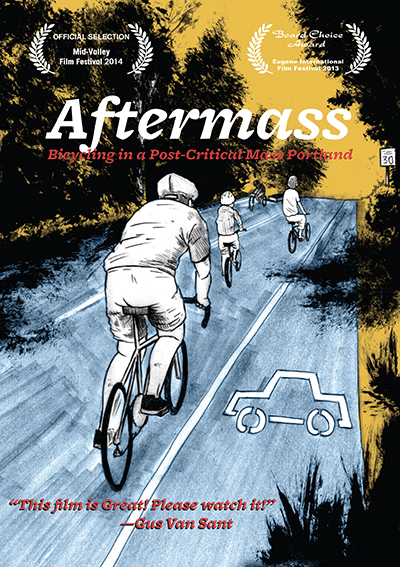 “Aftermass: Bicycling in a Post-Critical Mass Portland”. The world looks to Portland, Oregon as an example of how bicycle culture can blossom out of the ruinous freeways of car-oriented civilization.” Aftermass” is the first feature documentary to explore the events, people, politics, and social changes that led to Portland becoming the first major bicycle city in the United States. “Aftermass” features many of the leaders and major participants behind the growth of bicycling ridership since 1971. The narrative demonstrates the complex dynamic throughout the 1990s between advocacy organizations, politicians, city planners, and the then new, grassroots Critical Mass ride. The film is full of smiling faces on two wheels, but also explores the controversies, setbacks, and bumps along the way, including riots, political roadblocks, and an illegal police spy. The film provides new and vital insights into Portland’s transportation history as well as into paths other cities can follow to healthy planning and a green future. ‘Board Choice Award’ Eugene International Film Festival. “This film is Great! Please watch it!” —Gus Van Sant, filmmaker.