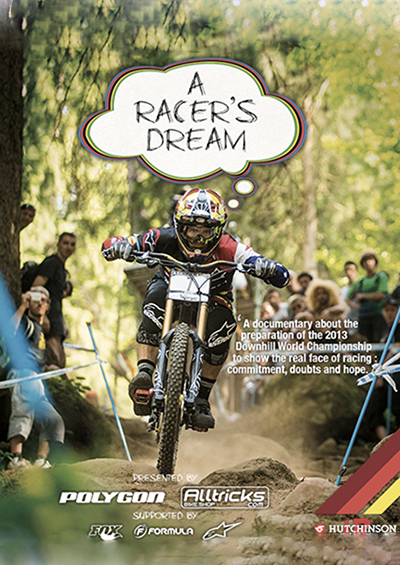 ‘A Racer’s Dream’ from Hutchinson UR has been over a year in the making and aims to capture like never before the heartache, sweat and sacrifices that go into a pro team’s assault on the World Championships. 2013 yet again saw the Aussie Mick Hannah nominated as one of the big pre-race favourites. Despite never having won the rainbow stripes, the physical nature of the South African course dictated that he’d be among the contenders come the finals. But as the film shows, racing has never been and will never be that simple. It’s so much more than just turning up and having a go. One thing Mick, his sister Tracey and team-mates Fabien Cousinié and Guillaume Cauvin have in common is their willingness to sacrifice pretty much everything in order to get on the podium. ‘A Racer’s Dream’ is their story.