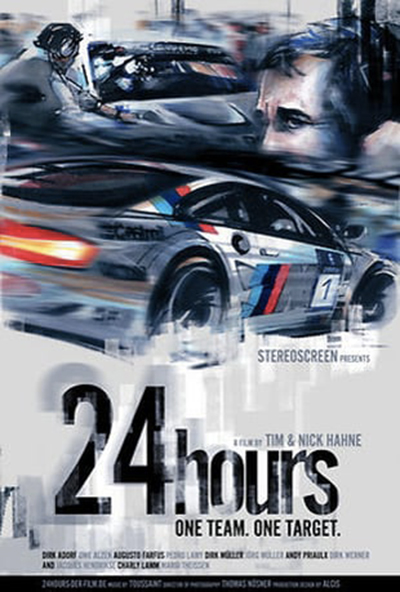 ’24hours – ONE TEAM. ONE TARGET’. The 24-Hour Race at the Nürburgring is known as one of the world’s biggest motorsports events. More than 200,000 fans set up their camp in the Eifel forest and cheer for their heroes in the 210 race cars. Lap after lap. Hour after hour. Day and night. It’s the stage for great stories. Sorrow and joy. Excitement and exertion. Drama and emotions. You will hardly find any event that brings the extremes this close together. In the thick of things, last year’s winner BMW’s two cars and 70 team members. For months, engineers, mechanics and the eight pilots have been preparing for the most important race of the year. The filmmakers Tim and Nick Hahne captured it all with their cameras – from the first test drive to the chequered flag coming down – and accompanied the BMW team on the way to achieving its goal: winning the 24-Hour Race. The filmmakers were able to gain unusual glimpses beneath the drivers’ helmets and insights into the strategies to conquer the world’s hardest long-distance race. The story is told up close, with compelling pictures. It turns race car drivers into actors. Their fascinating cars become their co-stars. The Nordschleife is the set. And the race over the course evolves into the plot of the film. Official Selection Canadian Sports Film Festival.