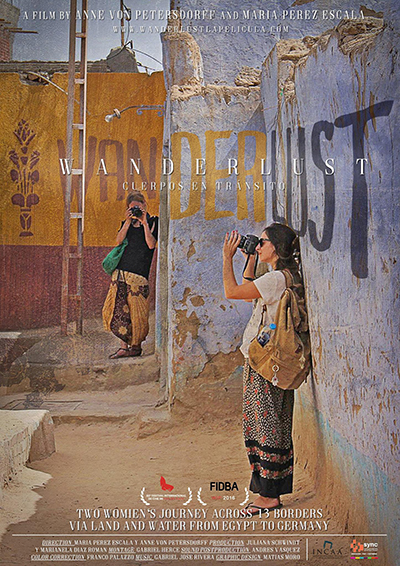 ‘Wanderlust, foreign bodies in transit’ is an autobiographical documentary by two women about their journey by land and sea from Egypt to Germany. Two women from different origins (Argentina-Germany) presenting two perspectives of the same trip. Crossing 13 borders and 14 countries they investigate the “female body in transit,” the way they relate to the people they meet, different landscapes and various cultural, economic and religious contexts. Through interviews between themselves and also with other people whom they met on the road, they explore their own experience as women travellers. The film tries to offer a different view on body perception and experience than traditional travel narratives, which have often been dominated by male filmmakers. In form of a dialogue, the two perspectives are mixed and overlapping, but often also separate reflecting on themselves and their joint journey through their own “lens”.