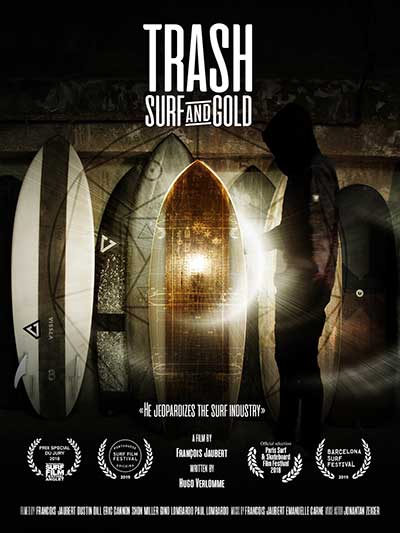 François is an architect with a promising career that awaits him. One day he has an epiphany and abandons everything in order to set out on an improbable quest: to discover the philosopher’s stone of surfboards! This avid surfer dreams of reusing our rubbish by transforming it into surf-worthy vessels, free and environmentally friendly. The road is long but François is like the Alchemist; he knows that the answer lies within him. He meets a couple of guardian angels along the way who help him during his journey of discovery which takes him to California, Mexico, and finally the beaches of France… Will he at last find the secret to transmutation? Will he succeed in transforming ordinary cardboard boxes pulled out from the trash into gold? Perhaps you’ll find out at the end of the film… Special Jury Prize – International Surf Film Festival 2018. Official Selections 2019: Portuguese Surf Film Festival, Barcelona Surf Festival. Official Selection 2018: Paris Surf & Skateboard Film Festival.