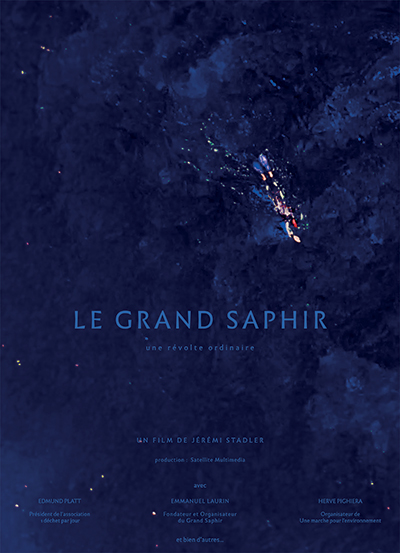 This film is the story of several civic and individual initiatives which consists of collecting waste, at sea and on land, to preserve the environment. We start by portraying these committed characters with the personal initiative of Emmanuel Laurin, “The Great Saphir”, who combines athletic achievement and environmental protection. During almost 14 days, between May 25 and June 8 in 2017, Manu swam 120 km of coastline while collecting macro-waste to raise public awareness of the critical state of pollution in the Mediterranean Sea. This film is a reflection of the evolution of environmental activism: after the denunciation, these new whistleblowers adopt a positive approach and take action. They prove to us every day that we are all able to do that. “The Great Saphir” tells the story of a society that cultivates the paradox of being both guilty but at the same time capable of acting responsibly. Ushuaïa TV Prize – What a Trip Festival 2018. Best Music – Deauville Green Awards 2018. Mediterranean Youth Prize – Primed 2018.