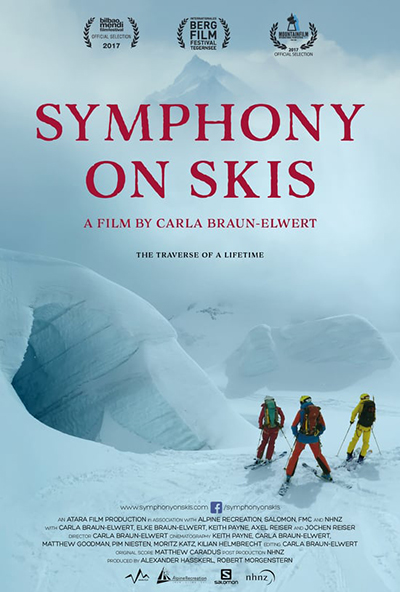 An adventurous ski tour of two sisters, who follow the tracks of their father, across the pristine landscapes of New Zealand. 30 years ago, Gottlieb Braun-Elwert set out on an incredible expedition. He traversed the major glaciers of the Southern Alps, covering 40km and 4000 vertical meters, from the heart of the South Island to the West Coast in just 18 hours. A route of astonishing beauty, immense freedom, breathtaking vistas and dealing with the challenges of an untamed wilderness. He called this route “Symphony on Skis”. Now, his daughters Carla, Elke and a small team of adventurers embark on the same journey. This film is a homage to their late father who found a love and home in New Zealand’s Southern Alps. Audience Award – International Berg Film Festival 2017. Official Selections 2017: Bilbao Mendi Film Festival & Mountainfilm.