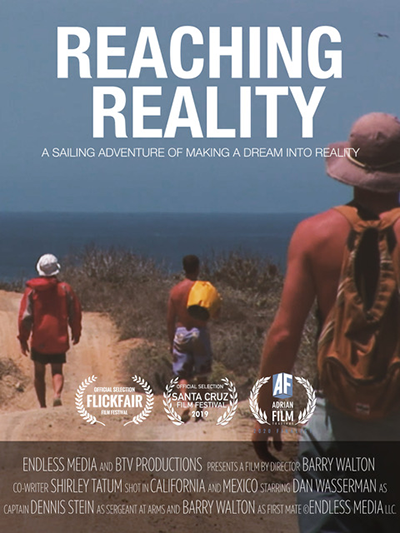 (Also available in 97 mins) Reaching Reality – A Sailing Adventure of Turning a Dream into Reality is a series about an adventure-drunk filmmaker who discovers just how hard it is to tell a story at sea. Traveling from San Francisco to down the Baja Peninsula to the tip of Cabo San Lucas, Mexico on a 24-foot boat. The filmmaker and his two close friends face storms, seasickness and an ongoing desire to end the suffering by quitting the journey altogether. Crossing over the threshold after meeting a messenger from the Within the journey they explore 7-islands for untouched surf and uncover baron beaches with empty waves, rock lobster migrations, surfacing whales and shark hunters themselves. In the end, they are left struggling for supplies, running out of money and resurfacing the pains of the pending reality of their return to society. Official Selections 2020: Adrian International Film Festival, FlickFair Film Festival. Official Selection 2019: Santa Cruz Film Festival.