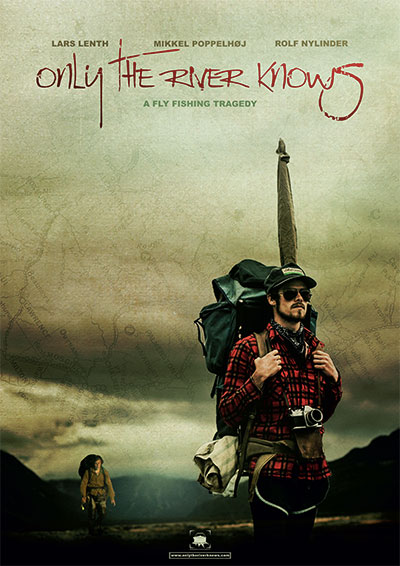 Only the River Knows

(Also available in 51 mins) ‘Only the River Knows’ is a fly fishing film shot in New Zealand, Australia, Norway and Sweden. The main part of the film takes place by the legendary Lethe River on New Zealand’s wild and wondrous South Island. Back in 1988, one of the most iconic fly fishers of our time, Lars Lenth, spent three months exploring the fabled river and fishing for its abnormally large trout. At night, he would sit down in a remote cabin and write down his experiences in a journal. Nearly 25 years later, the young trout bum Rolf Nylinder looses his way in the wilderness near Lethe. By chance, he finds the long-lost journal, full of insights about the very soul of fly fishing. Along with Rolf on the trip is documentarist Peter Christensen, filming their mostly failing attempts to catch trout, and Rolf’s ever-growing interest in the wisdom of the journal. The old book becomes a moral compass for Rolf, who gradually becomes more and more obsessed by the poetic adventures Lenth wrote down in a dreamy past. Destiny forces the two fly fishers together, but what will happen when their worlds collide?