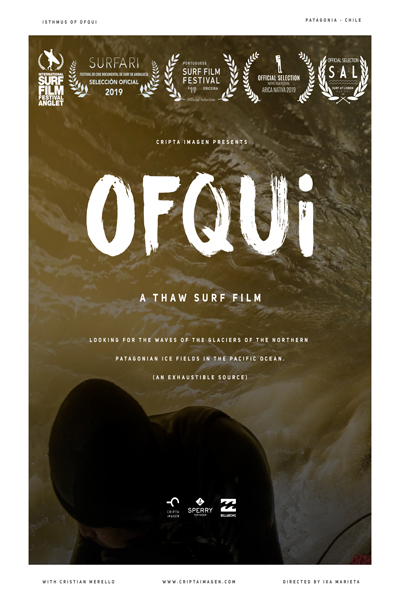 OFQUI – A thaw surf film. For seven years now, we have been approaching the vast territory of Patagonia in different ways, and this time, we have been able to locate a site with world class waves. Crossing the Ofqui Isthmus, a stretch of land that separates the Pacific Ocean’s inland seas and is the only way to make it if you want to surf the shores of Golfo de Penas. This is a surf film of an expedition looking for the waves of the thaw (an exhaustible resource). Official Selections 2019: SAL, Anglet Surf Film Festival, Portuguese Surf Film Festival, SURFARI Film Festival, Arica Nativa Film Festival.