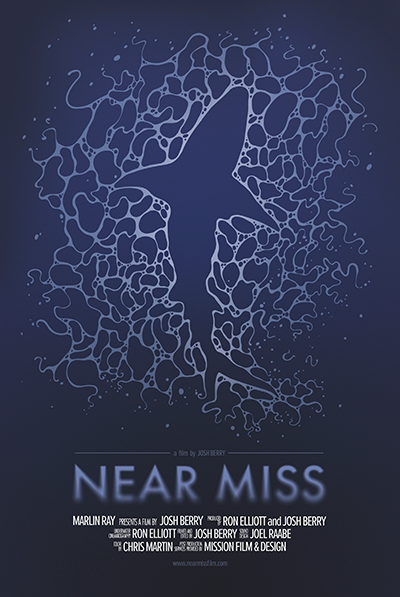 Near Miss – The Survival of a Shark Man is a poetic story about the adventures of deep sea urchin diver Ron Elliott, who has been diving with great white sharks for over 30 years. Ron is the only diver to frequent the shark-infested waters of Northern California’s infamous Red Triangle. In October 2017 a short 5-second video surfaced on the Internet of Ron being rammed by a very large shark. That sensational video went viral, appearing on all manner of websites and social media and registering hundreds of millions of views. However, the ‘story’ that went with the viral video was false and misleading, and Ron remained an anonymous enigma to viewers everywhere. For the first time ever, Near Miss reveals the true story of what really happened that day between Ron and a very large great white shark. Through gorgeous underwater cinematography and Ron’s insightful, poetic voice, the film explores the unique worldview and motivations of a man who truly has no equal. This is a meditative and beautiful story about the survival of a man who is at peace with the incredible risks that he takes. Verite Award – The San Francisco International Festival of Short Films 2019. Golden Gate Award – International Ocean Film Festival 2019. Official Selection 2020: Thunder Bay International Film Festival. Official Selections 2019: Santa Barbara International Film Festival, Crested Butte Film Festival, Save the Waves Film Festival. Official Selection 2018: Adventure Film Festival.