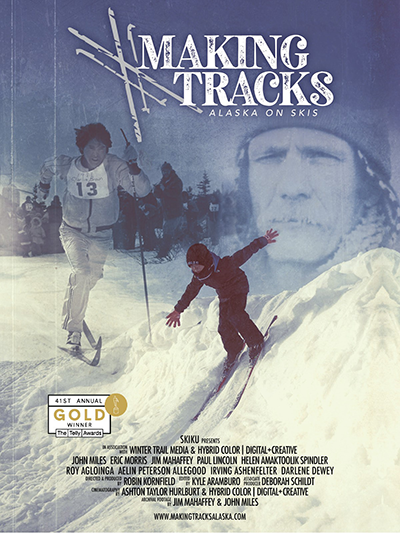 “Making Tracks – Alaska on Skis” is an Award-winning documentary film about skiing and biathlon in the Bering Strait School District of Alaska.The Bering Strait School District in Western Alaska is the only place in the United States where biathlon and cross country skiing have been a part of the school day for almost 40 years. In the late 1970′s, a time when village schools did not have television, telephones or gymnasiums, the Bering Straits School District hired John Miles, an educator from the East Coast, to head up a district-wide ski program. While other sports like basketball, wrestling and volleyball serve very important roles in village life today, cross country skiing was the only school sport then and continues to be a fitting activity for places with snow on the ground eight months of the year, and for a people whose survival traditionally depended on close acquaintance with the land.