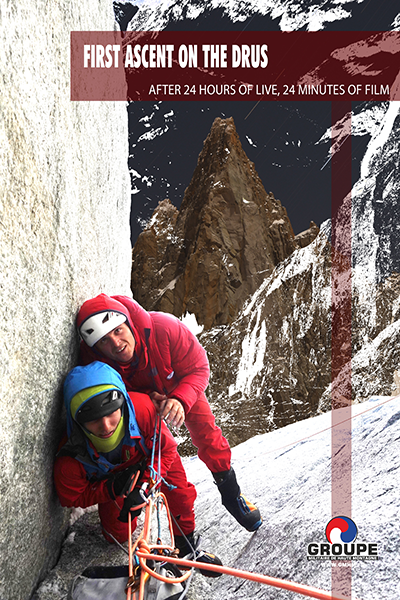 First Ascent on the Drus

During three days, images taken with a telescope are broadcast live on the Internet in an attempt to ascent the famous ‘Drus’ mountains in the french Alps. The suspense of this live broadcast of true mountaineering with its slow natural pace was perhaps a first and a nod to what Desmaison, Flematti and others were doing on the radio 50 years earlier. But the mountaineers are far away, very small, in this emblematic face which evolves according to its landslides. Are they going to reach the summit? Is this really an opening? Will the terrible Sirocco winds that sweep across the face let them pass? A close-up on an adventure, a stone’s throw away from their office, for four members of the High Mountain Military Group (GMHM): Léo Billon, Jordi Noguère, Thoma Auvaro and Sébastien Ratel. The GMHM is a select group of mountain military personnel based in Chamonix’s High Mountain Military School (EMHM), a centre of expertise for training in mountain and extreme cold Operations for the French Army. Members of the group are elite alpinists who have taken part in numerous expeditions over the years, from the Andes to the Himalaya, Baffin Island and beyond. Official Selections 2021: Chamonix Film Festval, Mendi Film Festival.