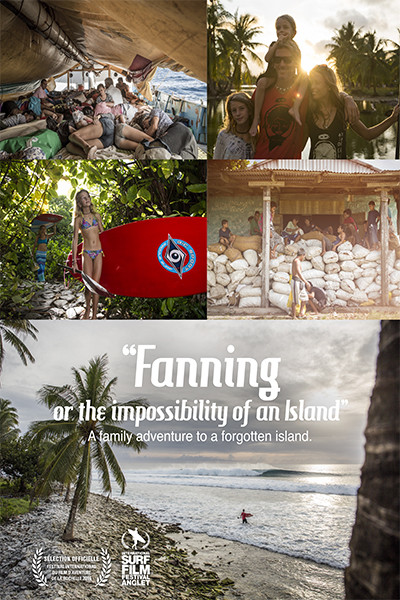 Fanning or the Impossibility of an Island

Fanning or the Impossibility of an Island / Fanning ou l’Impossibilité d’une Ile – At the opposite of modern transportation the Kwai is one of the last sail powered cargo ship on earth. It is the only link between the Line islands, a myriad of atolls spread over thousands of square miles of Pacific Ocean and the rest of the world. When its load allows it, the Kwai embarks passengers. Carine Camboulives, Manu Bouvet and their 2 daughters have been looking for empty waves and off the beaten path destinations for years. This is a trip for them. They get dropped of on Fanning Island, an atoll with no water or electricity, hoping the Kwai will be back in a few weeks to pick them up. They share with us a unique story made of surprising encounters including Bruno, a modern day Robinson, extreme isolation, amazing kiteboarding sessions and empty perfect waves. A land where the notion of sustainability is a matter of life & death. Official Selections: International Surf Film Festival Anglet 2017 & International Adventure Film Festival La Rochelle 2016.