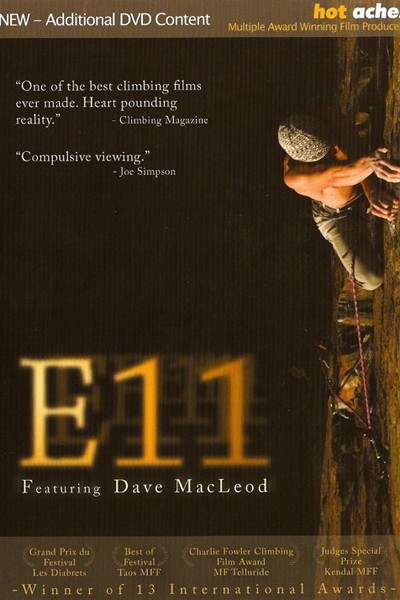 The epic story of the world’s hardest traditional rock climb’ This offbeat dramdoc tells the story of Dave MacLeod’s ascent of ‘Rhapsody’, the worlds first climb graded at E11. The film reveals the dedication, frustrations and shear physical and mental effort that goes into MacLeod’s climbing. We see him take a series of terrifying,
massive, gut wrenching falls. Relationships become strained as he struggles to cope with the difficulty and seriousness of the endeavour. Doggedly, even obsessively, he keeps returning to his ‘ultimate’ project.