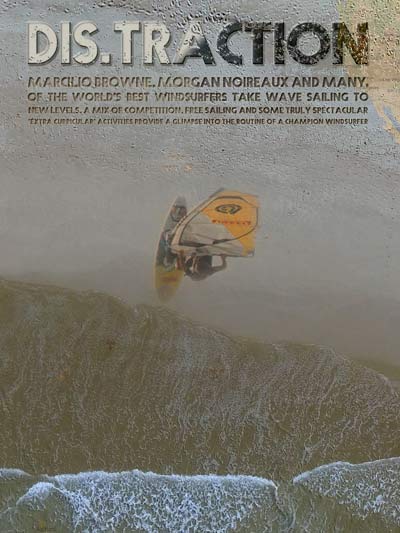 Marcilio Browne is a two time world wave sailing champion. While originally from Brazil he has made the Hawaiian island of Maui his permanent home to better follow his passion. ‘Dis.Traction’ follows Marcilio during his first training sessions leading into to the decisive season’s final contest where all the world’s greatest from the sport compete for the ultimate prize. Following the end of contest season Marcilio and fellow wave sailing champ Morgan Noireaux take to the mountains, or rather to the volcano for some alternative action. As the island is exposed to heavy ground swells from many directions, Marcilio and his friends are always looking for ideal spots.’Dis.Traction’ is a rollercoaster ride of action and an authentic insight into the world of a seasoned professional windsurfer. Shot on location it features the breathtaking beauty of the Hawaiian Island of Maui and showcases appearances of some of the sport’s greatest athletes. Official Selection Surf Film Festival Vienna 2017.