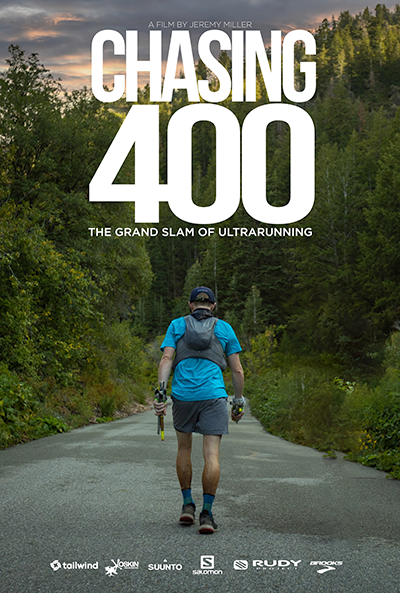 Chasing 400: The Grand Slam of Ultrarunning. As an avid endurance athlete and someone who is always seeking the next challenge, Justin Kinner was naturally drawn to the Grand Slam of Ultrarunning. The “Slam” is a series of four of the oldest 100-mile foot races in the United States. The Slam starts in Virginia at the Old Dominion 100, followed by the world-renowned Western States 100–just 21 days later in California. Next is the Leadville 100 in Colorado where most of the course is above 10,000 ft in elevation, with parts reaching nearly 13,000 ft. The Slam concludes in Utah at the Wasatch 100 where runners ascend over of 24,000 feet of unforgiving mountain terrain. With all four races taking place over the span of just 13 weeks, the Grand Slam is a grueling challenge, both physical and mental. Throughout the endeavor, Justin fully experiences the highs, the lows, the peaks, and the valleys that come with conquering four 100s in a summer. Justin learns to love the little things, comes to understand the power of presence, and appreciates the value of a strong support system. What merely started as running 400 miles, quickly became something so much more.