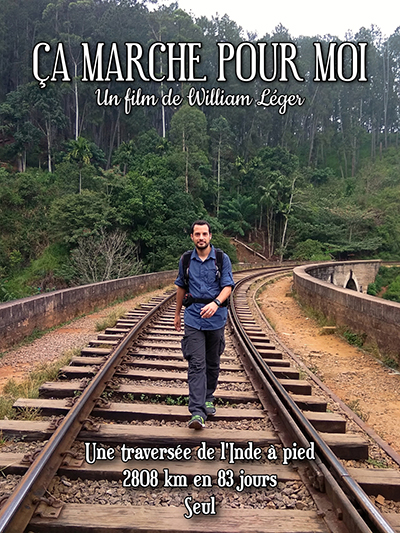 Ca Marche Pour Moi tells a story of an incredible crossing through India on foot by William Léger, a 37 year old from La Rochelle in France. From Kânyâkumârî to New Delhi, he crosses 2808 km alone and in the middle of the dry season in just 83 days. Apart from the athletic achievement this film is above all a human adventure which discovers a land, its inhabitants and oneself. It is a race against time and space in a country where everything is extreme. It’s a story of a breathtaking expedition far removed from the clichés of India. Official Selections 2020: Festival Escales Voyageuses, Festival Partances, Paris Travelers Festival. Official Selections 2019: Explorimages, FIFAV.