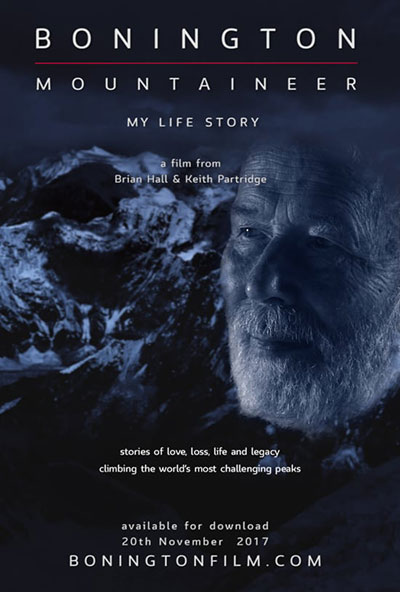 He stares toward the iconic stack of Orkney sandstone, towering high above the pounding North Atlantic surf, proud yet defiant. To climb it at the age of 80 is an almost crushing prospect and a time to reflect on a lifetime of epic expeditions and first ascents on some of the world’s most challenging mountains. Rain driven by a relentless wind, hits his face concealing tears of grief. Recent events stand to overtake him. He remembers being the first to set foot on the top of the Old Man of Hoy, 50 long years ago when he had youth on his side. As both pioneer and adventurer it beckons him again. In search of catharsis once more, he ponders if he has the strength to stand upon the Old Man just one more time…Stories of friendship, love, risk and devastating loss run deep through this intimate journey of one man’s dream to lead the way. The drive for exploration is echoed in the first British ascent of the north wall of the Eiger, new routes on Mont Blanc, the ascent of ‘The Old Man of Hoy’ and then to the greater ranges where he is the first to stand on the virgin summits of Annapurna 2, Nuptse and the Central Tower of Paine, followed by landmark expedition success on the South Face of Annapurna 1 and Everest SW face. The film looks retrospectively, from his rock climbing days in the UK through to visionary ascents on the high peaks of the Himalaya and shares the remarkable and poignant life of one of the world’s best-known mountaineers – Sir Chris Bonington. Special Jury Award – Mounatin Film Festival NZ 2018. Best Mountaineering Film – Bilbao Mendi Film Festival 2017. Official Selection Trento Film Festival 2018. Official Selections 2017: Banff Mountain Film and Book Festival, Kendal Mountain Festival and MountainFilm Graz.