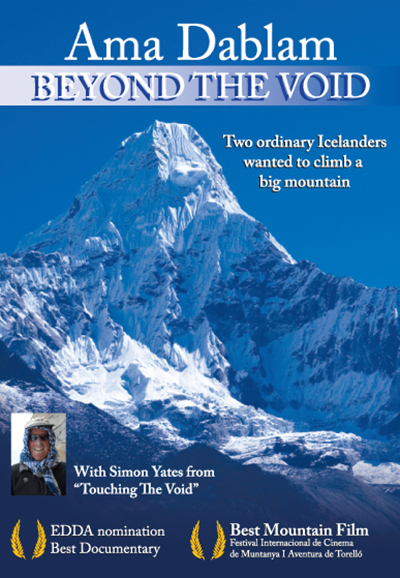 Ama Dablam – Beyond The Void

Ama Dablam – Beyond The Void is a documentary film about an expedition to climb the 6.856 meters high peak in the Himalayas. It’s an adventure film for general audiences. Main character is Simon Yates “the man with the knife” who became world famous when the film “Touching The Void” came out. Ama Dablam is a film about two ordinary guys who want to climb big mountains, and their adventure with one of the most famous mountaineer of our times.The expedition went through despite a serious accident on the planned route in 2006 when an Englishman, two Swedes and 3 Sherpas died in an avalanche in camp 3. This year one expedition almost suffered the same faith.