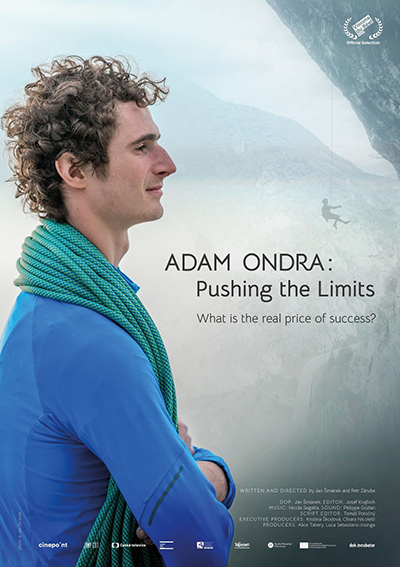 Adam Ondra is one of the best climbers today and a true virtuoso, who has tackled the world’s most difficult rocks and walls. A shy introvert-turned-famous-sports-icon, his desire to climb has changed into the obligation to win. As Adam prepares for sport climbing’s debut at the Olympics in Tokyo, we observe the influence of commercial pressure, mass media and the audience longing for a spectacle on both his personal life and the sport itself. In contrast with the loneliness that accompanies Adam during his everyday training and with the nature that surrounds him when he climbs on the rocks, he now finds himself at the biggest sport event in the world. Here, at the Olympics, the slogan “participation is more important than winning” has long been replaced by “the winner takes it all”. The many people who are part of Adam’s personal and professional world help him on his journey. But most importantly, there is his partner Iva, who is his biggest support. Herself a professional climber, she had to sacrifice a lot for Adam’s success, though. What is it like for her to live with a celebrity? Adam Ondra: Pushing the Limits is a breathtaking, intimate look into the life and career of a man who is one with his passion. Official Selections 2022: VIMFF, Visions du Réel, Sheffield DocFest, Trento Film Festival.